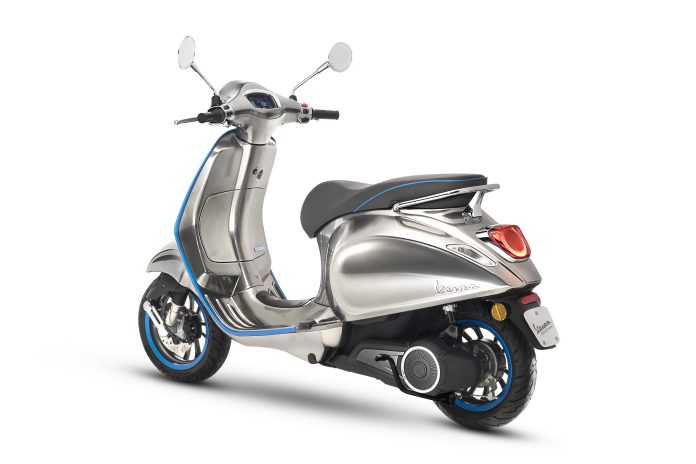 Vespa seems to have been preparing its first electric scooter for launching in 2018. This was based upon the fact that the scooter manufacturer announced that it was working on an electric scooter last year. Vespa electric scooter is named Elettrica, a silent scooter that will come with accelerated capabilities. 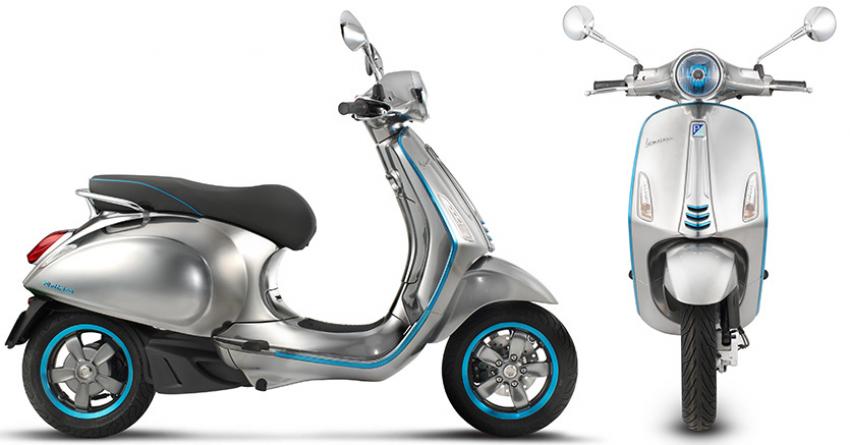 Besides the fast-charging technology, the company claimed that Vespa Elettrica would come with some other advantages, particularly when it comes to power. The battery is reported to have a long economic life, namely around 10 years, depending upon the charge cycles. After 1.000 charge cycles, the battery capacity will drop to 80.

Furthermore, the scooter is able to run 100 km for a single full charge. This equals to a ride for four hours. It is capable of delivering 2-kW continuous power, while the peak power is 4kW. Therefore, it is not an overestimation of Piaggio said that the electric scooter would be more powerful than the previous version (the traditional 50cc scooter) was.

Elettrica is designed for city environment, where the dwellers need something that carries them in a hassle-free way without emitting harmful pollutants. To be more detailed, the following are the most interesting parts of Ellettrica features for the city dwellers:

• Superior Performance. Vespa Elettrica is design with more power than the 50 cc version. Elettrica has a range of 100 kilometers. This equals to 62 miles. But of course, the results may be different, since everybody has a unique way to drive. The electric scooter is expected to have superior performance to that of the 50cc Vespa Primavera.
• Friendliness for City Environment. Vespa’s scooter still ranks the first when it comes to zero emission. Hardly is there any brand that beats Vespa in this aspect. Therefore, in the press release, the company representative said that Elettrica is design to be a perfect companion for city dwellers. The Vespa Electric Scooter is great for city environment, as it is not only free of emission, but also free of noise.
• A 4.3-inch TFT color display, which is located between the handlebars. The display is useful to show information, such as speed, charge level, and range. The display tells you when the battery needs charging.
• Bluetooth connectivity. For the first time, you can connect the electric scooter with your mobile phone by means of Bluetooth. The scooter displays incoming phone calls and incoming messages. If you have a Bluetooth-capable helmet, you can even play music while driving and trigger a voice assistant on the phone. The company rep said that the company is about to release a Bluetooth-capable helmet with built-in speakers and microphone.
• Two riding modes. The ride has two options of riding mode, namely Eco and Power. The Eco Mode aims at saving energy and adding more battery life. Of course, the speed is limited, namely up to 30 km/hour. The Power Mode exploits all the engine power, and the acceleration is faster.

This is the time to ride the city with style. Elettrica comes in chrome grey color. However, it has 7 different colors for the decorative trim based on your preference.

Vespa mixes technology, environmental friendliness, efficiency, and style perfectly in Elettrica features. This is evident from the high-tech features integrated into the scooter. These seem to be the main characteristics of scooter line from the manufacturer. The electric scooter still keeps the agility, riding pleasure, and ease of use with the addition of innovative connectivity and technological solutions.

As mentioned above, Vespa does not seem to keep the Vespa Elettrica a secret. However, it does with the price and the release date. The scooter is expected to be on the market in 2018. Unfortunately, no information has been available on the exact date. Some customers predict that it will be available for pre-order in the spring. The same secret also applies for the price. The manufacturer does not even leak the estimated price range. So, keep staying tune for more information on Vespa Elettrica. 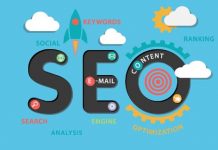 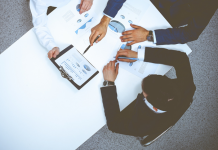 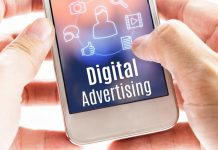 5 Tips on How to Augment Your Business Website and Drive...

Why You Should Have Your Borescope Repaired Instead of Replaced