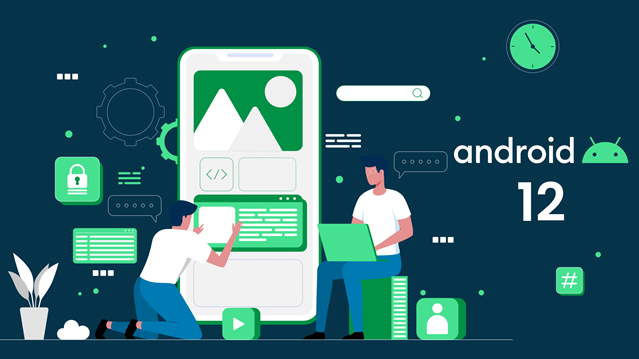 Google has released a chunk of information about the latest Android 12 version, features, release, and updates. Android is a popular mobile application OS and development platform running the largest number of smartphones in the current scenario.

In this blog, we shall walk you through the latest information and sneak-peek about the upcoming  Android 12 ahead of its release. Let’s get into the deets about how the Android 12 release will turn the tide of Android application development.

Everything You Need to Know About Android 12 and Features

The incredible feature of Android 12 enables to edit/markup the screenshot taken in the mobile app. The markup option allows you to type text with several different fonts, colors, and emojis. Press the small icon to choose from the Screenshot markup options. You can also resize the screenshots easily by pinching them to zoom. Swipe off the screen to dismiss the screenshot thumbnails.

Android 12 brings up the brand new Nearby option to quickly share your details of WiFi network with people in the same room as you. This potential and handy feature say the ‘Nearby’ option and you could tap on it to discover the devices near you to share the Wi-Fi network details.

According to XDA Developers, the new AOSP version warns you whenever an app is using your camera or microphone. You can easily disable the option of the camera, the microphone, and the location access using the revised privacy settings menu. Next, the upcoming Android 12 offers a new conversation widget that primarily showcases recent messages, missed calls, and activity status. The notification shade could be changed and the quick settings panel may be slightly tweaked with fewer buttons and a rounded shape.

Google is working on a new wallpaper-based theming and customization system to change the color of supported third-party mobile apps. The new customization Android 12 feature update allows one to change the Homescreen grid with 4×5, 4×4, 3×3, 2×2, and the default options.

With the new update of Android 12, Google is about to introduce the new look for the Notification UI. The redefined design of notifications features a more modern and interactive service for one to take actions within their fingertips. This would make it easy to use and run everything faster. The new button allows one to snooze trivial notifications, and select how long to do so. Another option is to turn on adaptive notification ranking for Android to rearrange notifications based on priority. As part of the updates, it optimizes animations and transitions to decorate the notifications with icons and expanded affordances to access them smoothly and easily.

Another important developer side for apps that doesn’t support HEVC. This feature allows an app to use the platform to automatically transcode the file into AVC, a largely compatible format. The process of media transcoding takes time, depending on the hardware specifications and video capture in the device. For android app development, Google strongly recommends apps to enable HEVC support and if not, enable the compatible media transcoding for video capture.

Haptics-coupled audio affects the entire user experience with the best mobile game development. In the Android 12 version, Google is intending to add support with haptic-coupled audio effects using the mobile’s vibration. The Android developers can now create an immersive audio experience using vibrational frequency and strength. For instance, a racing game emulating the gaming experience of a rough terrain through vibration. Get excited about some extraordinary mobile game development features.

Foreground services are running even when the user is not actively interacting with the app. For instance, the music app. It displays a notification to the user that it has been active in the background. Android 12 offers Foreground optimization service on the developer end to improve the end-user experience. So that the Android foreground services don’t affect the performance and ensure the app is not killed due to low memory. Moreover, the feature blocks the foreground service that commences from background for applications which points to the new platform.

Get ready for the small change to the user interface that comes in the form of the new pop-up menu by tapping and holding the application icon. This year, Google has brought you a tiny tweak in the Android 12 Settings Menu. The large rectangular search bar is no longer available but it’s a shorter badge now. The profile image to get into your own account settings is presented outside and made larger.

There’s news that Android 12 could have a brand new coloring scheme, affecting both native and third-party apps. This would allow you to customize the color as per your taste, which is one main color, and an accent color for native apps and menus. If the developer allows the feature may also be compatible with the third-party apps.

Google says in one of its blog, this time it shall bring it easy for users to access the third-party app stores based on the developer feedback. It adds up to the details, that the developers are partners and the feature won’t compromise with the safety of the devices. For instance, the Android user will now be able to download favorite mobile apps from Samsung Galaxy App Store. However, the update is not yet verified and there might be more changes to this near the end of 2021.

Google creates a new firewall chain to authorize the only apps toggled for use in the restricted network mode. It has some interesting implications. Once you turn it on from the Settings menu the apps with “use restricted network” permission will be allowed to use the network. The other mobile apps without this permission will not be able to receive or send the data. The XDA Developers have not yet confirmed about placing the Restricted Networking toggle inside the Android 12 release.

The App Pairing is one of the interesting rumored features in the latest Android version. It is one step ahead of the split-screen feature. What’s more, the App Pairing experience allows the user to treat the two separate applications as a “single-task” in recent view, enabling quickly switching from one single app to the apps-pair. The feature makes it more convenient and easy to access mobile apps.

The XDA Developers learned about the Android 12 “Hibernate Apps” that are open but not in use. The feature allows these apps to free up storage space. Google is specifically implementing a new strategy to manage the hibernation state of unused apps which means effectively putting them into a deep sleep and get optimized for device storage if they are not actively used.

Which Devices Will Have Android 12 First?

We hope this blog added a lot of details on the upcoming changes in the next Android release and rumors.

‘Keep Your Fingers Crossed’ for all of these features to finally make their way to the Android 12 version because sometimes few features are only rumors and fail to appear in the devices. The developer preview with the early version of Android 12  is available for testing. Stay tuned with us to learn more about the latest version and release updates.

Why should you go to an independent iPhone repairing shop? 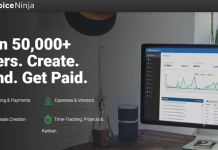 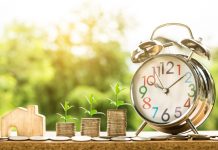 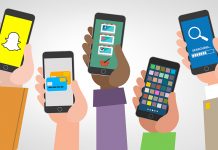 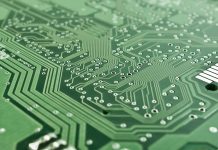 How to Choose a Coupler