Artificial science is the branch of computer science that becomes an essential part of the computer technology. The main aim of artificial science is to create expert systems and to implement human intelligence in the machines. The Artificial Intelligence make use of various science disciplines like computer science, biology, psychology, mathematics, and engineering etc. The researchers focus on creating a general artificial intelligence which solves many problems at a time. This is one of the fastest growing areas of the computer science. These systems are becoming better day by day than humans in all knowledge requiring tasks. Knowledge engineering, machine learning, and robotics are some major parts of artificial intelligence. The machines react like a human if they have the information relevant to the world. To implement knowledge engineering, artificial intelligence accesses the objects, categories, properties and the relation between them. To add features like reasoning and problem-solving in a machine is difficult. Artificial intelligence encloses a variety of subfields from general purpose areas including logical reasoning and perception to a specific task like playing games, writing poetry etc.

The artificial intelligent software is capable of intelligent behavior. To create an intelligent system requires a number of capabilities including reasoning, learning, problem-solving, knowledge representation etc. This software is used in different applications like a smartphone, window PC, ATMs, voice and image recognition systems etc.

Below mentioned are some latest artificial intelligence software applications:

1. Verbot: Verbot consist of the editor and a player. The editor allows the user to create their own rule for this artificial intelligence software. The role of the player is to permit the user to act with their verbot. This is an enhanced software robot which acts as a personal assistant, teacher, and a friend. To create an engaging and attractive personality, this software combines natural language, artificial intelligence and real-time animation with voice.

2. Easy Launcher: The easy launcher is a software application for the android mobile phones. The application is very useful and one can enjoy its benefits. The easy launcher software helps to open the applications and websites on the voice commands. This is one of the weak intelligence artificial type software which adds lots of features to the android users all over the world. This also opens the setting, and also has switch features like wi-fi, on or off and Bluetooth etc.

3. AIVC: This is one of the artificially embedded software which also works on voice command. The software is used to control most of the internet-connected devices. The user can ask questions, chit chat with this artificial intelligent voice control software. The software assists the user with functions like the call, SMS, Email, Calculator, Timer, search engine etc. Users are also allowed to define their own commands with AIVC and can control the devices which are accessible through a web interface.

4. Coin: This artificial intelligence software is used for checking loan servicing agreements. The software is planned to use for another type of legal filings in the bank like credit-default swap and custody agreements. This is also used by the firms to analyze corporate communication. The COIN is just the start of smart automation of processes in the financial industry.

5. Braina: This artificial intelligence software is used for window PC. This allows the users to interact with their computer using voice commands in the English language. This helps users in doing tasks. One can type a command or also speak to the braina and it understands what you want to do. Users can also interact with their system from anywhere in the house and at the office over a wi-fi network. This is multifunctional software as it performs a wide range of tasks using voice commands. It can perform various functions like search information on the internet, play music song of the users choice, open and search files on the computer, set alarms and reminder can do mathematics calculations etc.

7. AI Duet: This is the latest web-based application software that enables users to play melodies with their computer keyboard. As the user a play note, they have to wait for the program to respond back. This means the computer play a duet with the user. The software has been trained on existing melodies and uses those to create responses.

The computer technology is growing in rapid manners as compare to other technical aspects. The possibilities and advances in artificial intelligence pushing the boundaries of automation in human work. If the changes in technology occur at this speed, then the machine will exceed the human capabilities at a new level within few years. 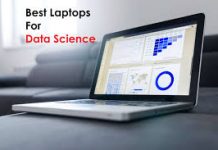 Planning to Buy a Laptop for a Data Analyst? Here’s What...

Features Of Spy Apps For iPhone