The great development of the technology makes everything to be much simpler than the usual. The rapid development of technology is made to be totally that great for the better simplicity in this digital era when everything sounds to be never impossible. Now, Google is also preparing such the new feature which is offered to the Android device which will be such the good news for them who are the android devices users. Of course, any of you have been really excited when you hear that Google offers the new feature for the devices with the Android operating system. Still, that is because there are so many people who become the users of the Android devices, including the android smartphones or even the android tablet PC or others.

So, what is the recent good news from Google then? That is about the upcoming new feature of the instant tethering which will be able to be enjoyed by the users of the android devices. They have made a start to roll out that feature. What the feature is about then? It is about the feature which enables the users of android devices to be able remaining the device to be connected to internet when their device is getting lost of the internet connection. It sounds so interesting, isn’t it?

As mentioned before, that new feature has the name of Instant Tethering. That will be the part of the feature of Google Play in order to give the simplicity for the users in utilizing their devices with android operating system as their mobile hotspot.

When we are talking and discussing about the new feature of the android, then the next thing we need to notice is about the way the feature will work. Depends of the post of a Journalist, this new Google feature will offer your android device to get online by using the data shared by other devices, when this feature is already activated. So, it means that when your android devices are lots of connections, as like you have an empty bandwidth for accessing internet, you will be offered such that feature.

Your device which want to be online and also the device which will share the connection of the internet need to be linked properly to a Google account which is the same. We can imagine how helpful it will be, especially if we own more than one android device, as like smartphone, tablet PC, and so on.

This feature offers the simplicity. Once a device has been agree to be in the use of such the tethering, and then it does not need any further set up anymore for such the Instant Tethering. There will only be a question in which your device has been lost of connection and it will ask you to connect to the other device or not. Surely, this also offers some helpful warning that it will require the device which becomes the mobile hotspot to spend more battery much faster, and of course it needs the cell data, and so on.

The Goals and Targets

That becomes something interesting to get the information about this new feature properly since it will offer a bunch of simplicity. However, what are actually the goals and targets of this kind of new feature offered by Google? Surely, the main goal is about giving simplicity to the android users which will give a bunch of good things as well in the service. Then, it is especially has the target to give simplicity for them who have some devices with android operating system.

There are so many people who have some android devices but perhaps only some of them which have such the proper internet connection. Then, this new feature from Google can be completely helpful for dealing with such the situation. Then currently actually the feature of Instant Tethering is already in the limited rollout which firstly for the devices of Nexus and also Pixel only, which have been on the Android Nougat OS (7.1.1.).

However, the compatible devices of Android which uses the 10.2 series of the Google Play Services still could not see it yet. That is said based on the information and also the experience. Perhaps, it is a good idea to restart it and then you can check it again and again which can help you finding this feature there.

What about Other Devices of Android?

Of course, if you are not using such those compatible devices mentioned above, then you will have a question whether other android devices can enjoy this feature or not. Since it is already on its way of the testing process with the Nexus and Pixel devices, Google just does not give any info about this feature roll out for any devices of android. Perhaps, what we can do is always checking the Google Play for checking whether it is already compatible for your android devices or not.

Top 7 Benefits of IT Support 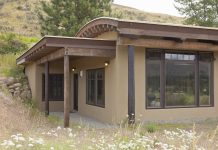 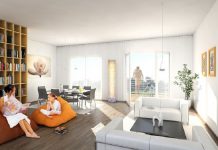 Finding the Best Villas for Rent in Dubai