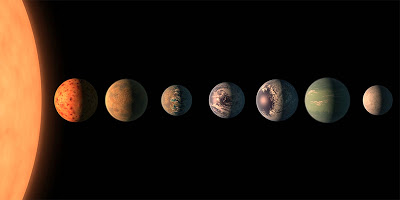 NASA has made formal announcement of the discovery of seven new planets outside our solar system, marking the new progress in humanity’s quest to find planets that revolve around starts other then the sun. The announcement was released on 22 February, featuring several representatives as speakers. Aside from announcing the official statement of discovery report; among them are prominent scientists working exclusively on exoplanets and the possibilities of bio signatures in those planets. This discovery could be a major breakthrough of our never-ending quest of finding earth-like planets in different solar system.

The official announcement by NASA was carried by several prominent scientists and researchers, including those who focus their researches on exoplanets. Making their appearances for formal press release were Sean Carey, Spitzer Science Center manager at Caltech; Nikole Lewis, Space Telescope Science Institute astronomer; Michael Gillon, Belgian astronomer from University of Liege; and Thomas Zuburchen, NASA Science Mission Directorate associate administrator. Also present was Sara Seager from MIT, who is a prominent researcher in exoplanets.

According to NASA speakers, there have been no further details that will be released to public. Currently, the details are still studied and kept by Nature journal, and will be released once there is more detailed information that public should know. Aside from the formal announcement and press release, the speakers also participated in online forum. They answered questions in Reddit’s Ask Me Anything forum around 3 PM on the same day. The announcement and press release were also broadcasted through several medium, including NASA TV and astronomy website such as Space dot com.

The new discovery is the most impressive finding in the 21st century, since NASA discovered not only one, but seven planets that revolved around the same star. Furthermore, some of the planets (if not all) may be able to support life forms. According to Professor Brice-Olivier Demory from Center of Space and Habitability in Switzerland, the seven planets that have just been discovered were the best system that actually resembles our solar system. Therefore, there are always possibilities that we could find bio signatures in some of these planets.

The seven planets revolve around a seemingly diminutive star, codenamed TRAPPIST-1. The star itself has 39 light-years of distance from Earth. The star is categorized as “dwarf star,” with 2,000 times less brilliance compared to the sun in our solar system, and is only a little bigger than Jupiter. The star itself had been an object of intense study by Belgium’s University of Liege, using a special instrument called TRANsiting Planets and Planetesmals Small Telescope (TRAPPIST), located in Chile. However, when doing routine observations, researchers finally noticed regular dimming periods, which led to conclusion that there are planets that constantly rotate around the star, temporarily blocking it from view.

NASA still has to conduct further studies regarding of these planets, but there are possibilities that the planets may have similar characteristics with Earth, or at least close to. The smallest planet among these seven exoplanets has almost similar mass compared to earth (around 75 percents), and the biggest is 10 times the Earth’s size. The surfaces are mostly rocky, but studies toward the planet movements and orbital periods (especially between each other) suggest that some of the planets may have water.

NASA’s artistic rendition showed that the planets are mostly rocky, with mounts and hill formations that are unlike the earth. However, the studies have not determined the actual composition of the planets. The movements and distances between planets also suggest that they may have related tidal activities, although this still needs further studies. The close distances between the planets also suggest strong influences of gravitational tugs among the planets. There is also possibility of very active volcanic activities.

Since TRAPPIST-1 is dimmer than sun, it is considered a “cool” star. However, despite the seemingly diminutive size, researchers think that possible habitable planets are only a few that are closest to the star. There may also be temperature gradients in these planets, but the condition may not be too catastrophic for possible life, as long as the planet’s atmosphere can still be able to transfer heat.

Despite the seemingly promising characteristics, NASA still yet to study other aspects of the planets that may support life, such as the composition of the atmosphere and the presence of oxygen and methane. Studies toward atmospheric composition must still wait until the team can obtain more sophisticated tool for this project. NASA is currently working on the completion of James Webb Space Telescope, which is planned to be launched in 2018, followed by several other powerful research tools such as Giant Magellan Telescope and European Extremely Large Telescope.

With this new breakthrough discovery and NASA’s relentless efforts to study the new exoplanets, it would not be surprising if human finally could find habitable planets in different solar system that support life.

Pluto Should Go Back to Become a Planet, NASA Scientists Said

Year 2006 saw Pluto being reduced from planet to “dwarf planet,” a decision that made some scientists voiced displeasure at the new classification. Recently, a group of NASA scientists created a proposal to return Pluto’s classification status back to planet. According to a prominent Pluto researcher, Alan Stern, the classification itself was problematic because the authorities who decided it were from wrong fields. Recent studies apparently supported Stern’s argument, which defined Pluto as having complex characteristics, and deserved to be categorized as planet.

The proposal also has its opposition from professional fields, arguing that Pluto is already complex and interesting enough even without the planet status. However, if the proposal was accepted, we may be able to call Pluto a planet again after 11 years of calling it a “dwarf planet.”

The decision to classify Pluto as “dwarf planet” in year 2006 created a rift between scientific communities. One side declared that Pluto has all the complex characteristics that fit a planet, while the other side said that Pluto is still too diminutive in size and mass, and it also has different orbital movements compared to other planets in our solar system. However, there is another opinion that suggests why Pluto’s classification as “dwarf planet” has never been right from the beginning.

Alan Stern, a Pluto expert in NASA and scientist from New Horizons Mission, said that the 2006’s “dwarf planet” classification was made by authorities from the wrong field. According to him, the International Astronomical Union did not make the right decision in demoting Pluto from planet to dwarf planet, because it was based on theories by astronomers. Stern said that the right people who must make decision about the status of a planet are planetary scientists.

Why Pluto May Have Good Criteria for a Planet Status

Stern described long list of reasons why Pluto’s planet status deserves to be reinstated. He argued that Pluto has quite complex characteristics, more than what people understand from a supposedly dwarf planet. His research tool on Pluto, the New Horizons, finally flew past Pluto after 10 years of journey and sent his team various photos and data. What his team knew later was that Pluto is full of surprise, and needs to be recognized as one of the most complex planets in our solar system.

For example, as the furthest planet from the sun, Pluto has amazing ice formations that suggest more than just low temperature. There are ice-mountains higher than Earth’s highest mountain peaks. There are also unique ridges on the ice surfaces on the planet, which show evidences of certain geological activities. In addition, Pluto also has thicker atmosphere compared to other planets, and also more moons than its other counterparts in our solar system. However, according to Stern, the fact that Pluto’s gravitation actually rounds the planet should be the strong reason behind Pluto’s status reinstatement as a true planet.
While Pluto may sound like a planetary wonder and deserves to be studied further, the opponent of “Pluto is a planet” opinion also has strong reasons of why dwarf planet is still the right term for Pluto. The opposing groups described reasons based on Pluto’s size, mass percentage, and its orbital habit.

Counterargument for Pluto’s Status as Planet

Despite seemingly strong opinions that support the reinstatement of Pluto’s status as planet, there are also strong counterarguments. Astronomy professor Mike Brown, who is one of the strongest supporters of “Pluto is a dwarf planet” theory, said that all the complexities of Pluto did not necessarily make it qualified to become a true planet. In fact, there are various unique characteristics that actually separate Pluto from other planets in our solar system.

For example, Pluto’s orbital movements are not similar to other planets, and it has been known to actually cross path with Neptune’s orbit occasionally. Also, compared to the other planets in our solar system, Pluto has starkly diminutive size; its mass is only 0.25 percent of Earth’s mass, which makes the term “dwarf planet” seems quite befitting. Both arguments are strong, and it seems that the debate about Pluto’s classification will still continue. Despite the strong supporting argument to call Pluto a “planet,” the counterarguments are also something to think about.

Nevertheless, the fact that we just received more information about Pluto will definitely make further studies and researchers about Pluto advance further. Thanks to the arrival of New Horizons in Pluto’s orbit after 10 years of journey, we will finally get more detailed information about this outermost planet in our solar system. The New Horizons will continue sending data to Earth for the whole 15 months, possibly giving us more information to actually determine Pluto’s status. Until then, the debate between Pluto’s status as “planet” or “dwarf planet” will likely to continue, and NASA scientists will keep holding up their proposals to change the classification status. 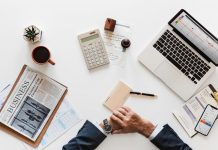 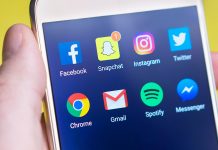