It isn’t a world of saints only on the internet because the demons are always at work to disrupt the normal functioning of servers and networks for some nefarious gains. DDOS attacks are quite common, and if you are not familiar with it, then you must know that it means Distributed Denial of Service. It is a malicious attack targeted at disrupting regular traffic that flows across the system by flooding it with internet traffic that can be overwhelming.  The DDOS attacks originate from several compromised computer systems that work in an orchestrated manner to enhance the effectiveness of attacks.  From computers to IoT devices within network systems, all can become victims of DDOS attacks. The attacks create a situation comparable with traffic jams that clog up highways, preventing regular traffic from reaching the desired destinations.

Some definite symptoms will tell you about the DDOs attack. But the problem in detection is that the symptoms are so much similar to any other common problems encountered on the network like slow internet connection and virus attacks that it can leave you confused. Only a professional diagnosis can undoubtedly tell you about the attack.  From internet disconnection to slow access to files either remotely or locally and from problems in accessing all websites to inability to access any particular site in the long term, as well as too many spam emails, are all signs of a DDOS attack.

Since all the symptoms are what can usually happen, it becomes difficult to establish that an attack has taken place. However, if one or two symptoms keep persisting for many days without any change, it is a sign of DDOS attack.

How to protect from the attack

Although experts recommend using the most secure DDOS mitigation, protecting from the attack is never easy.  There must be a proper plan in place to mitigate attacks, which means that one needs to be proactive in preventing attacks. Reacting after the damage does not help.

Use security systems – Installing proper safeguard on the network and systems can provide significant protection from DDOs attacks. Choose a security package that is easy to install and does not require making changes to your applications and hosting service. The protective ring will screen out bogus traffic that ensures that legitimate users can access your website without any problems.

Secure your IoT devices – Consumers must protect their IoT devices and prevent it from being a part of a botnet. Make sure that your computers have trusted security software duly updated and format the devices for maximum protection. Use secure passwords for all devices because weak passwords have been a cause of vulnerability for IoT devices.

Going ahead, think about using Artificial Intelligence (AI) to develop new systems. It can quickly drive internet traffic to the cloud to analyze it and then block malicious web traffic before it can disrupt your computers and networks.

Most importantly, act fast as soon as you detect a DDOS attack to contain the damage. 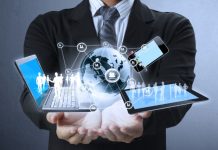 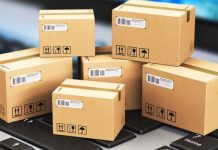 4 Benefits of Outsourcing Your Packaging Needs to an External Company