Digital currency in India has become the latest buzzword, these days. From Bitcoin to Litecoin, digital currency, which was in the limelight, is now setting goals for a cashless future in the Indian market. After the huge demonetization wave, virtual money is not just a public sector innovation, but it is proving to be a cultural-economic revolution that would drive an influential cashless economy.

In the year 2016, when 86% of the Indian currency was removed from the market and there was inadequate supply of new notes, millions of Indians who went cashless, switched to virtual money. Not just this, the demonetization wave pushed several new users onto the digital grid through virtual fiat. Over the past year, the cash-centric economy has incredibly moved to virtual money, where people are unbelievably opting for digital financing options like e-wallets, debit cards and even cryptocurrency.

The Upsurge for E-Payment Providers

Since demonetization came into picture, e-payment providers experienced the biggest ever upsurge. Service providers like Oxigen wallet and Paytm reported a 167% hike in the daily average users and over 14 million new accounts were opened in a single month. Talking of digital currency, Bitcoin, in particular, also received a positive upswing with a huge drive up in the value. The country has successfully leapfrogged the cash gap to digital currency solution and moving towards a cashless future.

Today, digital currency in India has become mainstream and with this, more & more industries have started introducing it for online transactions. But what exactly is digital currency? Well, if you are new to this trending term, continue reading and familiarize yourself.

Any means of payment in the electronic form that can be transferred or accounted using computers is called digital currency. It can be exchanged using internet, smartphone or even credit cards. And can also be turned into physical money, for example, transferring into bank accounts and withdrawing cash from ATM.

Digital currency is usually facilitated by financial institutions, where they foster online transactions between strangers and make them secure. The best part is that digital currency in India has completely eliminated the need to visit banks in person by making it more handy on Smartphones.

Many people involved in buying and selling of digital currencies, but for this they pay commission/ fee to the digital currency exchange. Digital currencies are mostly self-governed, unlike fiat money and therefore investors must pay attention to the risks involved with BTC exchanges in India.

How Digital Currency is Taking Over?

Undoubtedly, digital currency in India is taking over the market. And why not? It has offered umpteen benefits to people and this is why people are switching from conventional currency to digital one. It allows faster and cheaper way to exchange funds and makes online shopping easy & effortless. Blockchain technology, which is the backbone of digital currency, makes it more secure than any other option.

On a broader perspective, international money transfers have become flawless with digital currency like Bitcoin. Not just this, even banks, which work comparatively slower and harder, are planning to adopt digital currency technology. In the near future, digital currency in India is expected to take over completely by providing ultimate transparency and leaving no space for black money. 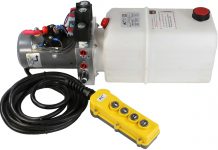 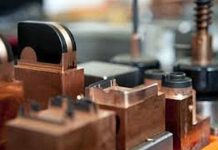 Why Prototype is Necessary to Your Design Process?